Mark Serwotka has been re-elected unopposed for a fourth term as our general secretary.

No other candidate was nominated by any branch by the  deadline, so there will be no membership ballot.

A well-known figure in the union movement and in the media, Mark has been one of the most vocal and consistent opponents of spending cuts imposed by Labour and Tory governments.

Our national president Janice Godrich said she was “delighted” and it was “a clear endorsement from members that he has the confidence and full support from our union”.

“I have worked alongside Mark for more than a decade and his commitment and dedication to PCS members is unequalled,” Janice added.

“I look forward to continuing to work with him and tackling the difficult issues we face.”

Mark started work at 16 as a clerical officer in what was then the DHSS. He worked in the benefits service for 21 years, including seven as a part-time worker to enable him to look after his children.

Rare among general secretaries, he was first elected to the post directly from the shop-floor in 2000. He was re-elected in 2005 and 2009, and will now serve for another five years.

Mark described it as “an absolute honour ” and said he is looking forward to “working with our members and others to continue fighting this government’s cruel, damaging and unnecessary obsession with austerity”.

“Despite ministers’ attempts to undermine us, PCS remains as vibrant and strong as ever and I am proud to be part of a union that opposes their savage cuts to living standards and our welfare state,” he added. 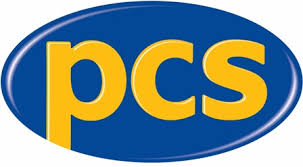