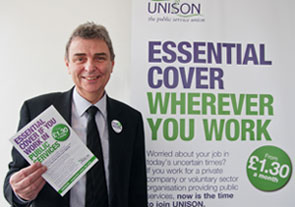 We say the privatisation plans breach the ILO Forced Labour Convention, which the UK ratified in 1931.

The ILO Forced Labour Convention is very clear that community payback orders must be supervised by the public sector, and the government’s privatisation proposals will breach this by handing over community service supervision to the private sector.

The skills and commitment of our members in the probation service are invaluable and we can’t let the government gamble with public safety.  In fact, we are saying the UK government first breached the convention over 12 months ago when it put Serco in charge of community payback in London on a four-year contract.

Last week, it was announced that that contract will now end early, later this year.  Every day, more than 200 community payback orders are imposed by courts in England and Wales.  Last year, they resulted in around 7 million hours of unpaid work in the community.

We’re calling for a halt to these disastrous plans.

The government is rushing through its probation privatisation plans with undue haste, and this breach of international labour regulations will be just one of the catastrophic results.