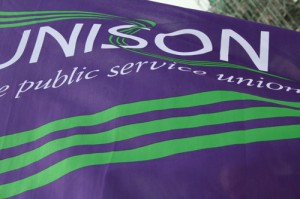 A healthcare assistant, who was attacked by a patient with a known history of aggression, has been awarded an undisclosed sum in compensation. When answering the ward doorbell, the UNISON member was grabbed and thrown two metres across the room by the patient, who suffers from schizophrenia. The healthcare assistant landed heavily on the floor, fracturing her left wrist and finger. She was forced to take five months off work to recover from her injuries, during which time she relied on help from friends and family as she was unable to drive. She also spent four weeks in plaster and had a course of physiotherapy lasting 13 weeks. The patient who attacked her had a history of violence and aggression. He should not have been on the ward as the staff at the hospital had not been given sufficient training on how to deal with a patient who posed such a danger. On the day of the incident the patient had refused to take his medication. UNISON’s head of health Christina McAnea said: “Nobody should experience violence at work, but unfortunately it does happen, and the risk of exposure for people working in certain areas of the health service is becoming more common. Employers have a responsibility to ensure that staff are protected, or at the very least have adequate training, to deal with what can sometimes be very dangerous working environments.”