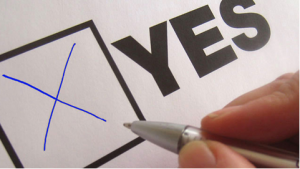 UNISON is hailing today’s strike action by local government and school support workers as an overwhelming success, with more than one million public service workers reported to have attended picket lines and rallies in protest over this year’s pay offer.More than 1200 picket lines were set up in front of town halls, council depots and schools across England, Wales and Northern Ireland. 4000 schools were closed, with 2000 others partially shut. Large numbers of town hall buildings were closed or operating with skeleton services, while many authorities chose to close all other buildings as a result of strong support for the strike. Examples from around the country include 5000 workers at lunchtime rallies in Newcastle and Manchester, with strong turnouts at similar events in Birmingham, Brighton, Bournemouth, London and Liverpool.  Workers at Portsmouth City Council organised a placard designing workshop for pupils whose schools were closed, while a couple getting married in Haringey in north London had their photo taken with pickets. UNISON members on picket lines in parts of Gloucestershire and Essex had hot food and drink brought to them by their chief executives, and MerseyRail staff supplied coffee to strikers in Wirral. There were also widespread reports of delivery vans and mail services supporting striking workers by refusing to cross picket lines.UNISON General Secretary, Dave Prentis, said: “The strength of feeling amongst our local government and school support workers over the issue of pay was plain to see today. The decision to take strike action and sacrifice a day’s pay was a very difficult one, particularly for the hundreds of thousands of low paid workers, but our members felt this was the only way to have their voices heard. “We are repeating our calls for the Local Government Employers to get back round the table and negotiate a decent pay offer for those workers who have endured four years of pay freezes and below inflation pay offers as a result of the Government’s misguided austerity agenda.”