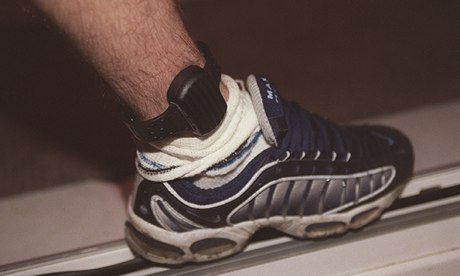 Under the contracts more than 20,000 offenders are monitored on electronic tags at any one time.  Photograph: Gary Calton

The Serious Fraud Office has launched a formal criminal investigation into two of the government’s biggest suppliers, G4S and Serco, following claims by the justice secretary, Chris Grayling, of tens of millions of pounds of overcharging on electronic tagging contracts for offenders.

Grayling asked the SFO to look into the billing allegations in July when he told MPs that an external audit had revealed that the overcharging included billing for tracking the movements of criminals who had moved abroad, who were back in prison, who had had their tags removed and even, in a few cases, those who had died.

Posted by Kev on November 5th, 2013 in National News