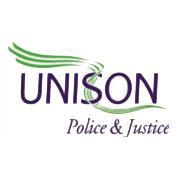 “The Chancellor has got it horribly wrong,” added Mr Prentis. “Despite all the promises, the austerity measures and cuts, he still hasn’t got the country out of recession.

“We are still in the slowest economic recovery in 100 years and yet all we get from this Chancellor is more of the same.

“The government is losing grip on economic reality if it continues travelling down the same path, expecting to arrive at a different destination. It needs a plan B and it needs one now now.”