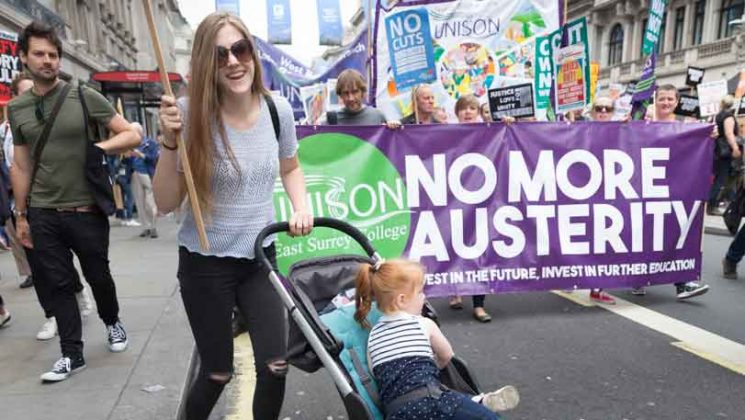 National demonstration as part of the week-long Take Back Manchester festival organised by the People’s Assembly Against Austerity to coincide with the Conservative Party conference.

No more austerity | scrap the pay cap | Tories out – for decent health, homes, jobs and education

National demonstration on the opening day of the Conservative Party conference in Manchester, organised by the People’s Assembly.

The demonstration is part of a week of protest, demonstrations, cultural events, rallies, comedy, music and public meetings all across Manchester.

Posted by Kev on September 21st, 2017 in National News