Really Bad News For GraylinG4s that is! 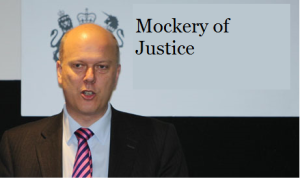 The Government’s Offender Rehabilitation Bill had its Report Stage in the House of Lords today and the following amendment was passed:

No alteration or reform may be made to the structure of the probation service unless the proposals have been laid before, and approved by resolution of, both Houses of Parliament.”

You can read the full debate here:

The Lords have clearly listened to the many critics of the Government’s reform plans for Probation and the sterling efforts of our members and supporters. This successful amendment puts a major spoke in the wheel of Chris GraylinG4s ambitions to break up the Probation Service, but it is not the end of the story as the Bill still has to make its way through the House of Commons later this year, when the Government will try to overturn this amendment.  UNISON will be campaigning across the summer to highlight the flaws in the Government’s plans to bring these to the attention of MPs in advance of the Commons vote on the Bill.

Our campaign has been successful once, lets recruit and get ready for the next attack