Help fight back against the attack on the equality duty 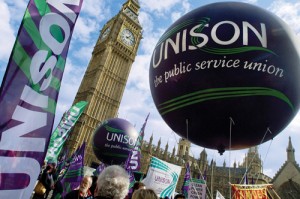 The duty on public bodies to promote equality and eliminate discrimination is under review as part of the government’s war on so-called red tape – but UNISON members and friends can help to fight back against these moves.

Labour’s Sandra Osborne has tabled an early day motion drawing attention to the review, highlighting the value of the equality duty and calling on ministers to reaffirm their commitment to the duty – EDM:220 Public Sector Equality Duty.

Members are urged to contact their MP asking them to sign the early day motion. You can email them via the They Work for You website.

UNISON lobbied hard for the introduction of the equality duty, which was part of Labour’s flagship 2010 Equality Act.  We believe that the duty supports the effective, efficient, transparent and fair delivery of public services that meet people’s different needs.

This is more important than ever in a time of drastic cuts to public spending.    Its early implementation has been marred by delays and then weakening of the specific duties for England, cuts to the promotion and enforcement body, doubts raised by the ‘red-tape challenge’ and lack of a statutory code.

Despite this, many public bodies and most representative groups recognise its value as a driver for improving equality in society – improving people’s lives.  UNISON looks forward to moving past this review, to the embedding of good practice in giving due regard to equality as an integral part of all public service provision.