Emily Wilding Davison (11 October 1872 – 8 June 1913) was a militant activist fighting for womens sufferage.  On 4 June 1913, she stepped in front of the Kings horse running at Epsom, sustaining injuries that resulted in her death four days later.

Born in Blackheath in southeast London on 11 October 1872. She studied at RoyalHollowayCollege and at OxfordUniversity, although women were not allowed to take degrees at that time.

In 1906, she joined the Women’s Social and Political Union (WSPU), founded by Emmeline Pankhurst. Three years later she gave up her job as a teacher and went to work full-time for the suffragette movement. She was frequently arrested for acts ranging from causing a public disturbance to burning post boxes and spent a number of short periods in jail.

In 1909, she was sentenced to a month’s hard labour in Strangeways Prison in Manchester after throwing rocks at the carriage of chancellor David Lloyd George. She attempted to starve herself, and resisted force-feeding. A prison guard, angered by Davison’s blockading herself in her cell, forced a hose into the room and nearly filled it with water. Eventually, however, the door was broken down, and she was freed. 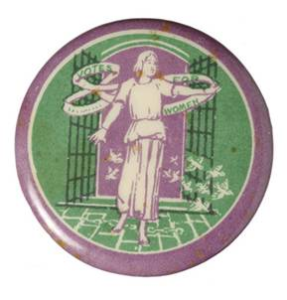